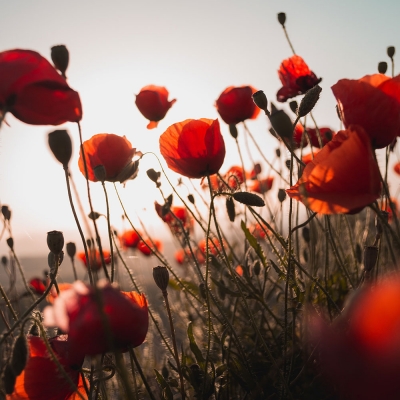 In my assemblies this week to our different ‘bubbles’ I began by reading a quote. The quote reminded its listeners that life and the celebration of life must continue, that we must adapt to new ways of living and above all be brave and accept our new circumstances, as there was no quick fix and the consequences would be with us for some time, if not forever. This quote could have been written in November 2020 but was in fact written in 1916 as part of an address given to a group of civilians listening to the latest news from the Western front.

I find this time of year incredibly moving as new generations do what I remember so vividly doing at school, namely buying poppies, listening respectfully in chapel and pausing to reflect for two minutes on 11 November. Pupils across the country, despite all that they have been going through, and perhaps because of it, recognise the enormity of the sacrifice of those women and men who gave their lives so that we may not live in fear.

The pupils here understand the meaning of Armistice and what it is to have your life changed suddenly and I have seen and listened to them with a renewed sense of acknowledgement, that while things seem bleak to them they are as nothing to the level of turmoil that their great great-grandparents must have felt. In Year 9 history they will be learning about DORA (Defence of the Realm Act) and be able to see how similar the restrictions then placed on society are to those we face today. They will note, I am sure, that the respect people had for the rules in 1916 and the need to maintain discipline is as important now, with our need to keep our loved ones safe by following the healthcare measures put in place and obeying the rules governing mixing of groups and households.

At this time, perhaps more than at any other, it is our duty to remember the fallen who have gone before us. Every household has a story about an ancestor and Leweston is no exception. Dorothy Louise Stacey was born and lived in Charlton Horethorne, she studied at St Antony’s convent in Sherborne (the senior school was yet to move to Leweston) and then at Guilford hospital before joining Queen Alexandra’s Imperial Nursing Service in 1917. We know little of Dorothy’s specific exploits, she did not hit the headlines for one act of bravery or another, but I suspect like millions of women and men who took part in World War One she was the start of countless tales of selfless giving and sacrifice on a daily basis.

Dorothy did not, sadly, survive the war to live a full and long life, but died, aged 25, in October 1918. She did not die in battle or of wounds taken in combat, but of the Spanish Influenza that would go on to kill more across the globe than World War One did on the battlefield and at sea. Dorothy succumbed to a virus and for that very fact we can now feel closer to her than if she had died from bullets or bombs or any other product of war. The whole school will be observing the two minutes silence on 11 November at 1100. I hope you can join us wherever you are in lockdown to honour the dead, but most importantly pray for the living.

Dorothy is buried in Sherborne Cemetery, whilst her family originally requested a private grave it is now marked with a Commonwealth War Grave headstone. The personal inscription reads ‘She hath done what she could’.