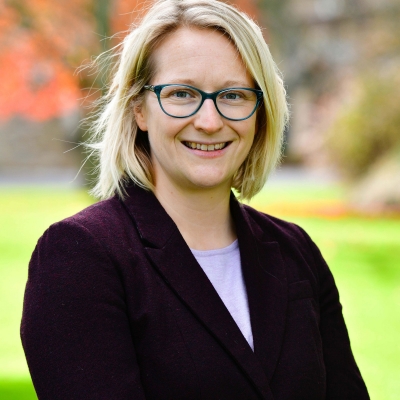 The Power of Self-Directed Learning

For many years, education was seen as a process in which our pupils were little more than ‘empty vessels’; poised and ready to have knowledge poured into them, which would then be regurgitated in examinations in order to demonstrate ones’ intelligence or, perhaps more accurately, level of recall. Fortunately, times have changed, and the sector now largely appreciates that powerful learning occurs when the pupils are placed at the centre of their experience, as true participants in the process.

However, the next layer in this, where the process can become ever more powerful, happens when pupils genuinely take ownership of their educational journey. Pupils have to understand that nothing in the world of education can be done for them, that progress comes only as a result of hard work, and that attitude is of more value than pure aptitude. We are preparing pupils to thrive in an ever-changing world, in which they will need to be able to adapt, think, persevere and problem solve ever more than any generation before them.

The challenge for us, as educators, is how best to develop this sense of ownership and self-direction in our pupils. It is not possible to embed such a mindset through a set series of lessons, or from stand-alone projects; indeed, the only way to ensure its development lies in nurturing a community where everything that you do revolves around this principle.

In the classroom this presents as pupils asking the questions, and finding things out for themselves. Whole lessons might pass in which a teacher needs to say nothing at all, but the learning that takes place is all the more powerful. The teacher shifts from a role as the expert, to a role of facilitator, carefully pulling the strings to manipulate learning experiences and to engineer desired outcomes, without ever spelling out those outcomes to the pupils.

Alongside this, pupils must become partners in their progress journey. Every half term, each pupil takes time to sit with their form tutor and reflect upon their progress over recent weeks. They look through their work and suggest where they will focus their attention next, what their strengths have been and what will support them in moving forward. Again, the teacher acts as a facilitator in this process, carefully posing the questions to prompt the pupils’ thought, rather than provide them with the ideas and the answers. These half-termly meetings begin with our Reception Class pupils, and continue throughout the Prep, so that the process becomes ‘second nature’ and the system of self-reflection, and ownership of improvement is consolidated.

Last week our Year 6 pupils took part in their ‘Mid-year review’ meeting. This is a critical stage in the process, as it represents the mid-point in our pupils’ final year in our Prep School. By now the principle of reflection should be embedded, and pupils should know that the onus is on them to ensure that they make the most of their final months in the Prep.

We take the pupils off-site, in a surprise trip to a local café, where they have a chance to escape the ‘day-to-day’, to stop and to really think about their progress; socially, academically and more widely. In such a busy world, we rarely take the time to do this as adults, and it is crucial that we show our pupils the value of such a re-set. We ask them to discuss their highlights and areas for improvement, but we also delve deeper, prompting them to reflect on the ways in which they have grown as a person over the past five months, and how they would like to build upon this in the coming months. The message in this is a strong one; we believe that you are in control of your future, we believe that you can make the changes you want to see, and we truly believe that you own your education.