This term Year 5 have been studying the Ancient Greeks. To support this Topic, they enjoyed a ‘Wow day’ immersing themselves in this ancient era.

All children came to school looking fantastic dressed in Greek attire. Throughout the day they completed many activities including decorating Greek pots, creating Greek Olympic wreaths, making Greek salad and tzatziki as well having fun trying out a Greek traditional dance!

More highlights included a mini Olympics in the Prep Walled Garden and a banquet which allowed them to try new Greek foods, some of which were more popular than others! Thank you to the school kitchen who also created a Greek spanakopita which the children enjoyed whilst watching the film ‘Hercules’. A hugely enjoyable day was had by all. 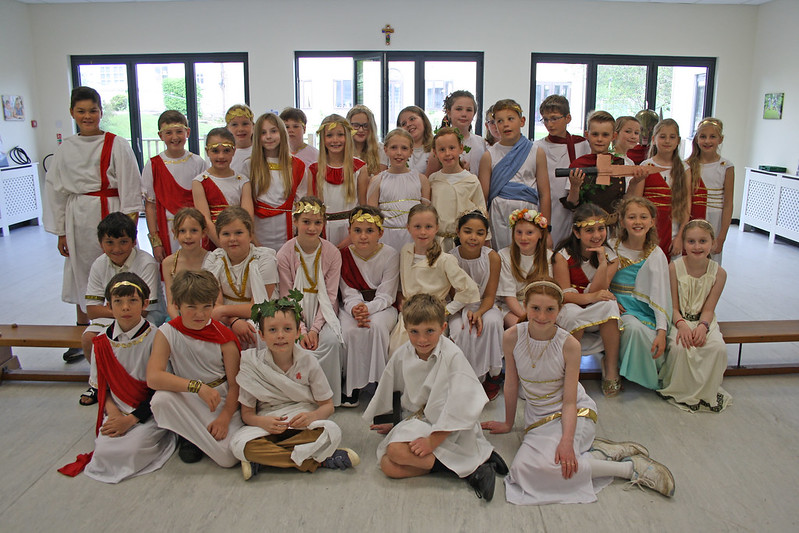