Reception Under the Sea ‘Wow Day’

This half term Reception Class have been discovering all things ‘Under the Sea’ during their Topic sessions. They have been learning about the ocean and its creatures as well as plastic pollution and they made some sea themed foods in cooking class such as jelly fish made from jelly and star fish biscuits!

In celebration of all that they have learned the class enjoyed an ‘Under the Sea’ themed ‘Wow Day’ on Tuesday 8 June. The day started with a brilliantly fun swim in the school pool with the children pretending to be turtles diving through hoops, dolphins picking things up from the sea bed, and star fish on the surface of the water. They then returned to the classroom for a well-earned drink and ocean-inspired cupcakes! After break-time they watched a fun video about steel drums as a preface to learning some of the lyrics to Under the Sea from the film The Little Mermaid and making up some super actions to go with it.

In the afternoon the children made toilet roll tube octopuses, sea-scenes and jelly fish from egg boxes, fork-print puffer fish and painted ‘Nemos’. The children had fun in the pallet-crate which Mrs Cheyne, Reception Class teacher, very kindly brought into school from her garden – which the children very creatively made into a submarine, complete with radar, viewing platform, periscope and lights on the top, steering wheel and seats for the scuba divers!

The day was rounded off by reading The Rainbow Fish – the children had very ‘heavy’ eyes whilst listening to the story so we think they might have all had a good night’s sleep – as did Mrs Cheyne and Miss Brough! 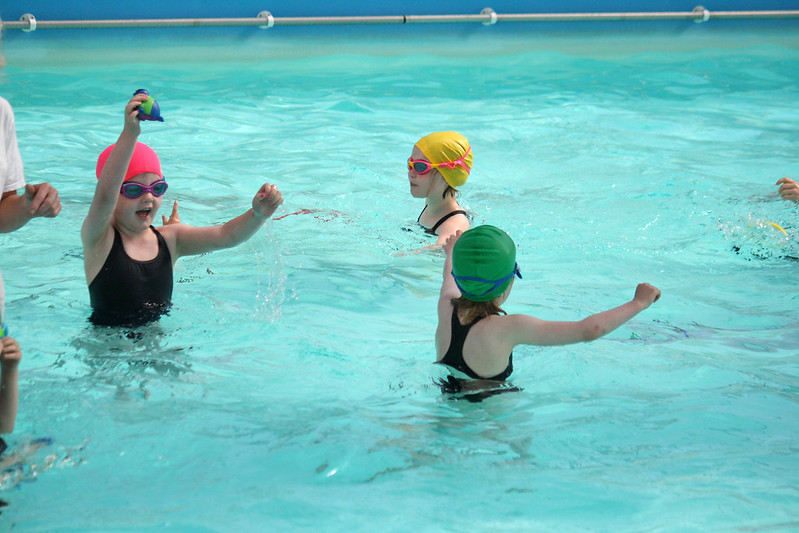