The boarding environment at Leweston fosters a sense of community through a House system, where a sense of belonging and home is achieved. Assistant Housemistress, Miss L Robinson, proposed that this could be further strengthened by the introduction of Boarding House emblems which incorporates the history at Leweston and our traditional house colours.

Leweston Manor has a rich and fascinating history, where it has passed through the hands of several distinguish families. Therefore it was decided that heraldic images found on their coats of arms, primarily those of John Leweston, George Hamilton Fletcher and John Fitzjames would be used in the new Boarding House emblems.

Eleanor House is named for Mother Eleanor, who was Headmistress when the school relocated to its present site from Sherborne. Eleanor House’s emblem is three broad axes. Found on the crest of the last of the Lewestons, John Leweston, they signify execution of military duty. Sadly John Leweston was the last of his line and Leweston manor passed to his stepson John Fitzjames upon his death. 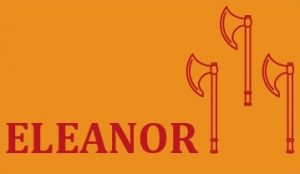 Antony House is named for the school’s original name ‘St Antony’s’ who is Leweston’s patron saint. Their emblem is three arrows which signify readiness for battle. The three inward facing arrows are from the coat of arms of George Hamilton Fletcher, who purchased the manor in 1906. The full coat of arms can be seen on the front façade of the manor house. 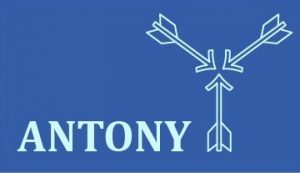 Martha House is named for St Martha, the patron saint of servants and cooks. Their emblem is that of a dolphin. Found on the coat of arms of John Fitzjames, a dolphin symbolises swiftness and diligence. Fitzjames inherited Leweston manor upon the death of his step-father John Leweston. The dolphin can also be found on the tomb of John Leweston and his wife Joan in Sherborne Abbey which was erected by Fitzjames in their memory. 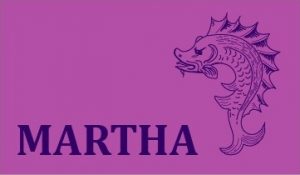 Cecilia House is named for St Cecilia, the patron saint of music. Their emblem is an anchor which symbolises hope and religious steadfastness. Leweston has long been associated with the image of an anchor and can be found in two contexts. Firstly, ­within the crest of George Hamilton Fletcher who purchased the manor in 1906 and can be seen on the front façade of the manor house.  Secondly the grounds are home to two anchors that were left by the Navy after they had requisitioned the manor during the second world war. 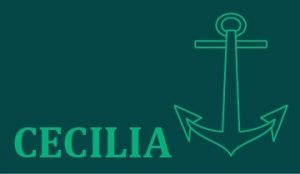