On Tuesday 22 March, Prep 4 had an Anglo-Saxons WOW Day, taking part in a range of activities. The pupils all came dressed up in fantastic costumes, showing what an Anglo-Saxon would had worn in the early middle ages.

The morning was spent building a model of an Anglo-Saxon house, then in the afternoon the pupils ventured out to the enchanted forest to make traditional Anglo-Saxon bread the authentic way, which is made using flour and water. A handful of pupils enjoyed the bread, as they thoughted it tasted like popcorn!

The pupils also learnt how to write using Anglo-Saxon Runes.

Thank you to everyone for dressing up! 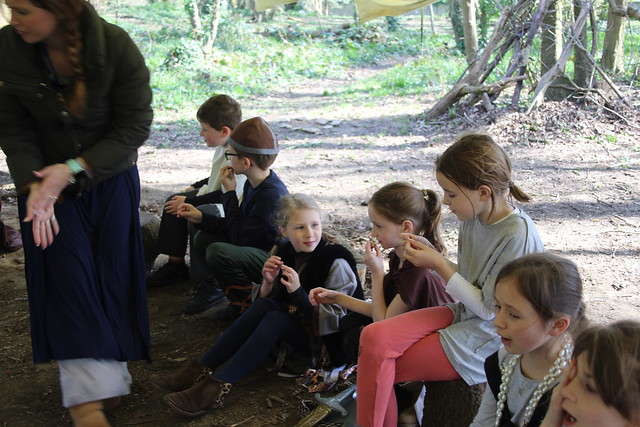