On Thursday 24 March, Prep 3 and 4 took a trip to the Ancient Technology Centre to continue their topic of learning about the Anglo-Saxons.

The pupils had the opportunity to see a range of reconstructed historic buildings from the Stone Age through to the magnificent Viking longhouse. They took part in a range of brilliant activities including: examining and discussing some fascinating Anglo-Saxon artefacts; playing some extremely fun Anglo-Saxon outdoor games; weaving part of a willow fence; learning about Anglo-Saxon weapons; and even taking part in a mock battle!

The pupils even had the opportunity to watch a demonstration of fire-making inside the Viking longhouse. Everyone took part extremely enthusiastically in all of the activities and they were very keen to contribute their ideas – well done! 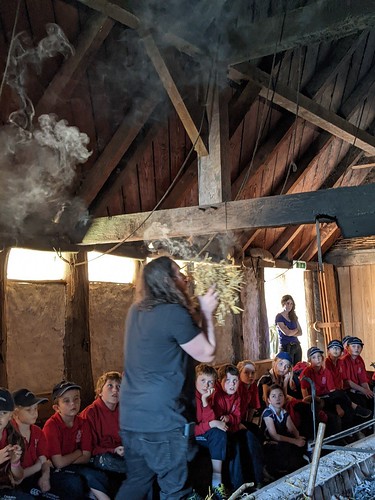