On Sunday 29 May, Leweston School had two teams enter the annual Sherborne Fair Dragon Boat Race. As usual, the school chooses a charity to raise money for, and this year we chose JDRF, a Type 1 diabetes charity.

There were two teams of 17 in each boat, with the Blue team consisting of Years 7-9, and red team containing Years 9-11. Each team had 3 races with the fastest times going forward to the youth final top 4 teams, and semifinals for the adult race top 8 teams.

Both teams qualified for the youth final, with the red team also qualifying for the adult semifinal.  The Leweston Red took part in the last semifinal, winning their race to qualify for the senior final. The Red team then had to stay in their boat and race in the youth final which they won by two boat lengths. The Leweston Blue recorded their fastest time of the day to take silver, having to work hard in the last 50m to overtake the sea cadet team.

The Red team then had to race in the Senior final taking part in 3 races in a row, they worked hard to finish 4th and smashed their £1,000 fundraising target.

Well done to both teams who worked hard in the races and had a great day out at the fair with friends and family. If you would like to donate, please see our JustGiving page here. 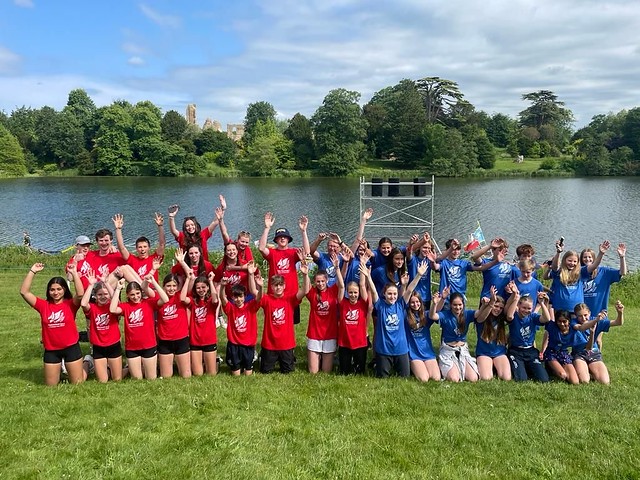