Over the weekend of 28-29 May, four more of our Bronze Duke of Edinburgh teams successfully completed their expedition section of the award in the beautiful Purbeck countryside.

After sorting the group equipment in their respective teams, the students boarded the minibuses and set off to Durlston Country Park. Upon their arrival they met and were briefed by the assessors who asked about each participants role in the preparation for the expedition.

Arriving at the campsite, the teams set up their tents and were eager to get cooking after a long day’s walking. Each group successful prepared and cooked their pre-planned meals. The assessors remarked on the student’s good spirits and positive outlook.

On day 2 the teams welcomed a slightly cooler day for walking their hilly but shorter 12-kilometre route. Despite being tired the groups remained in good spirits as they set out for another day’s walking. Having improved their navigation, the teams had a little more time on day 2 for their project work and it was good to see them working together to fulfil this aspect of the expedition.

We are all so proud of the effort and commitment that the students put into the expedition, and they too should be very proud of their accomplishments. Ms Haynes would like to thank all the Leweston staff for their support and for giving up their time over the weekend to ensure our DofE groups completed their expedition safely.

Well done to all the Bronze teams who took part in both expeditions. We now look forward to the end of term assembly where many of the completed awards will be given out by Mr P-T. 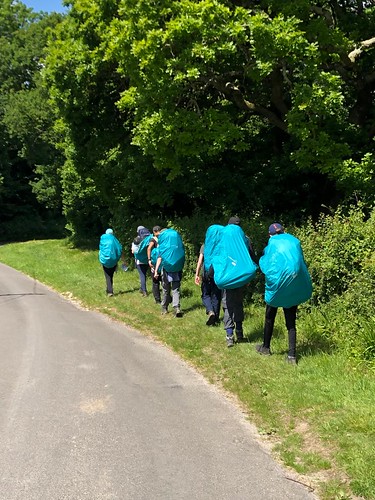