In the Staff v Students match, the students won 2-0 with two fantastic goals by Louie T, Year 12, and James G, Year 11, who was also the Team Captain. In the second match, the Staff/Students won 3-1 against the parents, with Mr Cannon, Ben H, Year 10, and Henry B, Year 11, scoring the goals. Well done to our Parents team, who played fantastically and in great spirit.

Along with the sunshine and many friendly faces, drinks and snacks were available to buy, as well as a raffle. The grand prize in the raffle was a brand new hockey stick, which was won by Mrs Davis and the Astro Boots were won by Netty in Cedars Cafe!

A massive thank you to Mr Bawden, Mrs Hull and Mrs Clifford for organising the event as well as Mrs Brittain for helping with the raffle.

The event was aimed at raising money for new hockey refurbishments, and we managed to raise £315! Thank you to all our parents, OAs, and school community for making it such a fantastic afternoon! 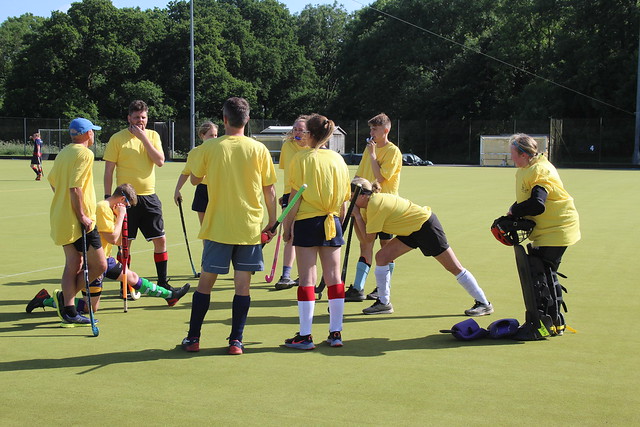